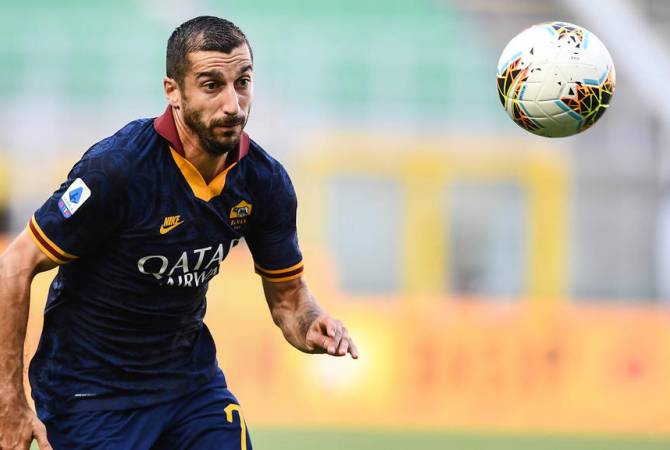 
YEREVAN, JULY 1, ARMENPRESS. Midfielder of the Armenian national football team and AS Roma Henrikh Mkhitaryan will stay at the Italian club at least the end of the current season.

In an interview to AS Roma official website, Mkhitaryan expressed hope that he will record major success with the club.

“Clearly I want to start lots of games - but of course I will be ready, whatever the coach decides. I think we're a very competitive team because we have more than 25 players, so in a few positions we have not two but three players - which is hard but it’s good too, because we're always keeping our teammates focused and not letting them relax.

It’s one thing, one goal we are fighting for – which is we want Roma to be a top club with wins and trophies. And even if it's difficult; if one game I have to play and then the other game someone else plays, at the end of the day we're fighting for one thing, and that’s Roma.

On Tuesday evening AS Roma announced that an agreement had been reached with Premier League side Arsenal, ensuring the Armenia captain will stay with the club until at least the conclusion of the current season - with a preliminary agreement in place for him to remain for 2020-21 too.