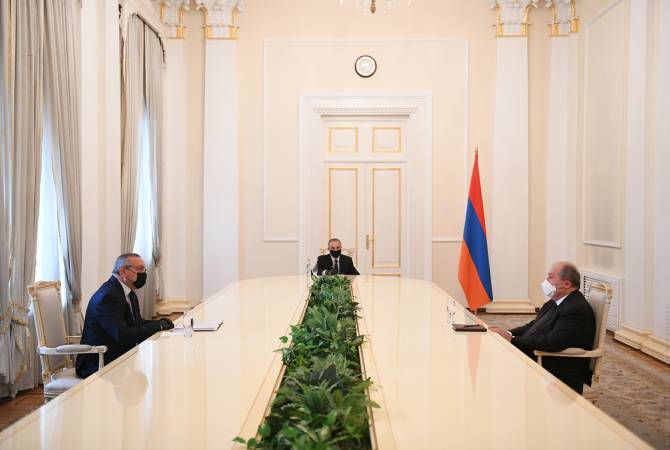 In turn Artur Tovmasyan thanked for the reception and assured that he will continue the steps aimed at developing the inter-parliamentary ties and cooperation between Artsakh and Armenia. “Today’s meeting further increases my responsibility as a Speaker of Parliament”, he added.

Talking about the development prospects of Artsakh, the Armenian President highlighted clearly defining the priority tasks. He in particular mentioned the demographic issue and attached importance to supporting and promoting the people with various programs to settle in Artsakh.