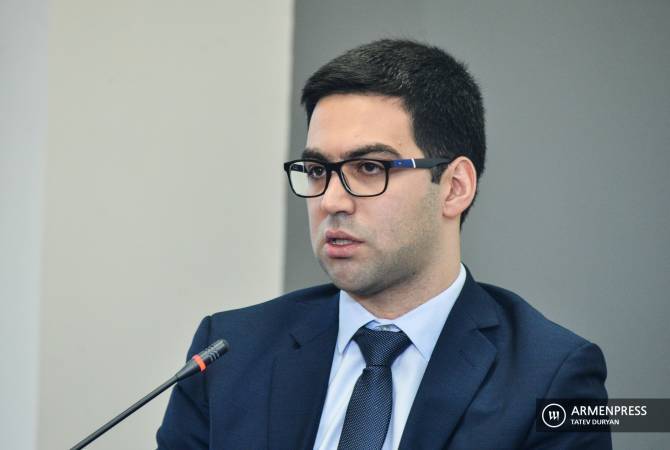 
YEREVAN, MAY 11, ARMENPRESS. According to Justice Minister of Armenia Rustam Badasyan, the exisiting tools in the Judicial code allow to carry out gradual improvments, while a total vetting can have negative impacts, moreover, it's impossible without changing the Cosntitution, ARMENPRESS reports Badasyan said during a discussion with Prime Minister of Armenia Nikol Pashinyan.

Pashinyan asked if it's possible to launch disciplinary proceeding against a judge who cannot explain how he acquired some property in 2013.

The Minister noted that this is the point of the main criticism. ''It's mentioned that ex post facto legislation is not applied. But is should be mentioned that if we want to go in that way, it means checking all the judges at once, within a short period of time. This can lead to negative consequences. But let's put it aside and focus on the legal side. Constitutional changes are necessary for doing it. I mean it's impossible to carry out such a vetting, let's name it total vetting, without changing the Constitution'', he said, noting that tools provided by the Judicial code allow to carry out gradual improvements.

Reporting by Anna Grigoryan, Editing and translating by Tigran Sirekanyan