3 arrested over incident between Alen Simonyan and Artur Danielyan 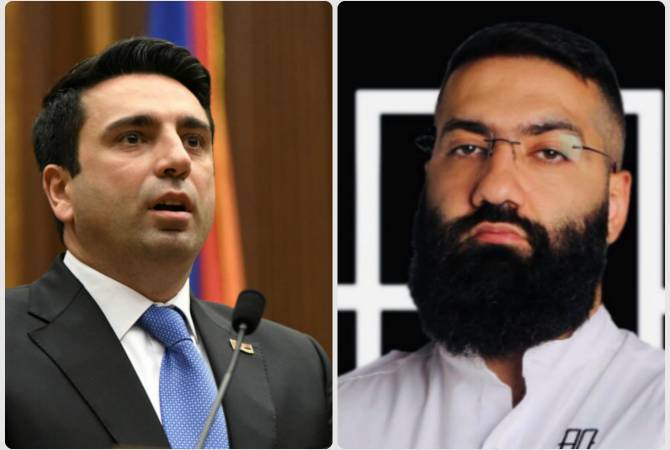 
YEREVAN, APRIL 29, ARMENPRESS. 3 people have been arrested over the brawl between vice Speaker of the parliament Alen Simonyan and Co-founder of Adekvat Party Artur Danielyan. Danielyan is among the three arrested, head of the press service of the Police Edgar Janoyan told ARMENPRESS.

''Afterwards, Artur Danielyan was taken to the hospital from police department. Examination is underway'', he said.

Co-founder of Adekvad party Konstantin Ter-Nakalyan posted the photo of the other co-founder of the party Artur Danielyan where it can be seen that Danielyan has blood traces on the face.

‘’Alen Simonyan has attacked Artu Danielyan, who was walking in the street’’, he wrote.

Alen Simonyan informed that he was walking in the street and met some of the activists of Adekvad, one of whom made insulting expressions, after which brawling took place. Simonyan has also light injury at the palate.