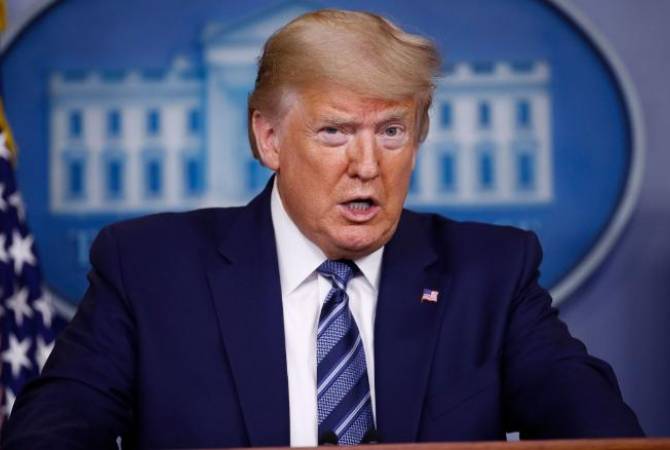 
YEREVAN, APRIL 24, ARMENPRESS. US President Donald Trump has issued a statement on the 105th anniversary of the Armenian Genocide, noting that “on this day, we believe it is  our obligation  to remember  those who suffered and perished and reaffirm our commitment to  protecting  vulnerable religious and ethnic minorities around the world”, the White House reported.

“Today, we join the global community in  memorializing the lives lost during  the Meds  Yeghern, one  of the worst mass atrocities of the 20th century.  Beginning in 1915, 1 and a half million Armenians were deported, massacred, or marched to their deaths in the final years of the Ottoman Empire.  On  this day of remembrance, we  pay respect to those who suffered and lost their lives, while also renewing our commitment to fostering a more humane and peaceful  world.

Every year on April 24, we  reflect  on  the  strong and enduring ties  between the American and Armenian peoples.  We  are proud of the founders of the American Committee for Armenian and Syrian Relief, a ground-breaking effort established in 1915 that provided crucial humanitarian support to Armenian refugees, and grateful for the thousands of Americans who contributed or volunteered to help Armenians expelled from their homes.

On this day, we bear witness to the strength and resiliency of the Armenian people in the face of tragedy.  We are fortunate that so many Armenians  have brought  their rich culture to our shores  and contributed so much to our country, including  decorated soldiers, celebrated entertainers, renowned  architects, and successful businesspeople.

We welcome efforts by the Armenians and Turks to acknowledge and reckon with their painful history.   On this day, we believe it is  our obligation  to  remember  those who suffered and perished and reaffirm our commitment to  protecting  vulnerable religious  and ethnic minorities around the world”, Trump said in the statement.