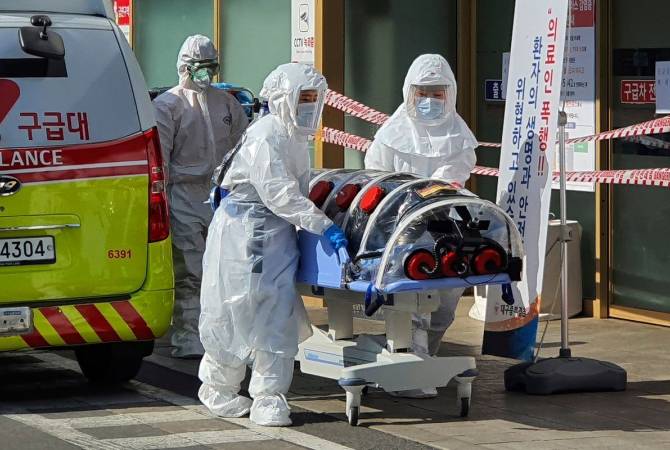 
YEREVAN, APRIL 10, ARMENPRESS. Number of people infected with the novel coronavirus (COVID-19) around the world has reached 1,605.277, according to the data released by coronavirus research centers.

US is leading in the world in terms of the largest number of infected people (468,895 confirmed cases). 16,697 deaths were reported.

Spain is followed by Italy which reported a total of 143,626 cases. 18,279 patients have died. Spain has the highest death toll all over the world.

Germany is followed by France where 117,749 cases have been confirmed, 12,210 patients have died.

Among the Arab states the United Arab Emirates (UAE) has the largest number of confirmed cases – 2,990. 14 death cases have been registered here. Qatar confirmed 2,376 cases and 6 deaths. The death toll among the Arab states is the highest in Egypt as 118 patients have died, but the country has less confirmed cases – 1,699. Iraq confirmed 1,232 cases and 69 deaths, Kuwait – 910 cases and 1 death. The first case has been confirmed in Yemen, a foreigner who arrived from the UAE has been diagnosed with COVID-19.