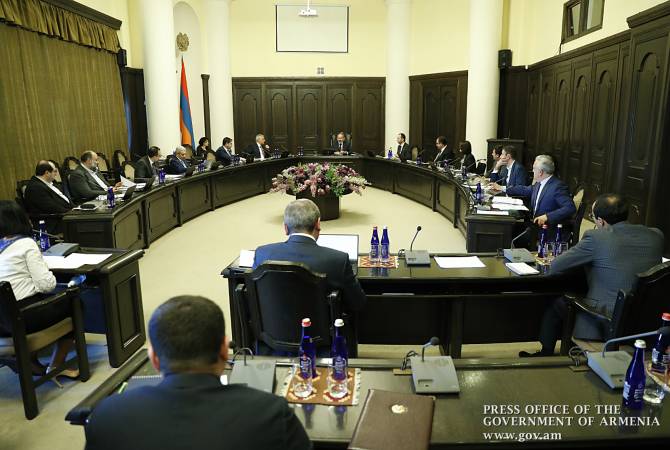 
YEREVAN, APRIL 8, ARMENPRESS. Chaired by Prime Minister of Armenia Nikol Pashinyan, a regular meeting was held in the Office of Government to discuss ways of addressing the pandemic-caused socio-economic problems.

As ARMENPRESS was informed from the office of the Prime Minister of Armenia, the Prime Minister was briefed on the steps taken by the Government to neutralize the economic impact of COVID-19. He was told that several business entities had submitted loan applications under the first program, many of which were complied with to a total amount of AMD 1,433 million. 194 farmer bids have so far been approved as part of the second program, the total volume of which is 1,119 million drams. 27 SME projects, worth 290 million drams, have been approved under the third activity.

The Government’s initiatives have aroused great interest and a broad public debate: the number of beneficiaries and the amount of assistance keep growing day by day. The speakers next touched on the programs featuring a social component. The Premier told the responsible officials to continue monitoring the programs on a daily basis and report back the findings.

New proposals and ideas were presented aimed at tackling socioeconomic problems in order to expand the scope of beneficiaries. Following the discussion, Prime Minister Pashinyan told the stakeholders to develop a new program of activities and submit it to the Government for approval.