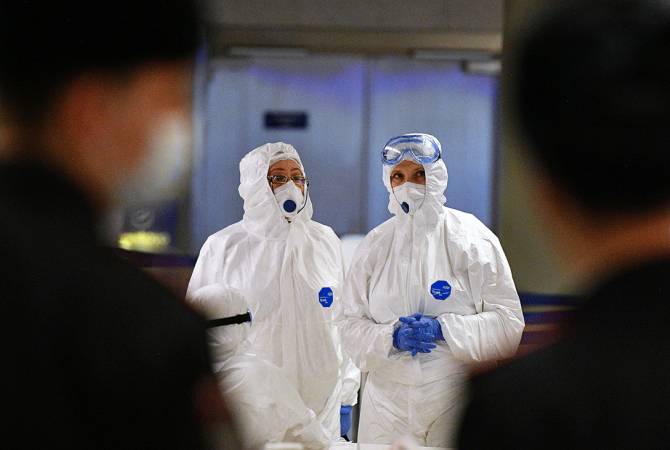 
YEREVAN, MARCH 30, ARMENPRESS. Number of people infected with the novel coronavirus (COVID-19) around the world has surpassed 723,000, according to the data released by coronavirus research centers.

US is leading in the world in terms of the largest number of infected people (142,637 confirmed cases). 2,485 deaths were reported.

Then comes Italy which confirmed 97,689 cases so far. Italy is the first in the world with the coronavirus death cases as 10,779 patients have died.

China, where the COVID-19 outbreak started, has appeared in the third place with the number of confirmed cases (81,470). Meanwhile, the Chinese authorities announced about the stop of the spread of the virus inside the country.

China is followed by Spain. The total number of infected people in Spain is 80,110. The country also has a high death toll – 6,803.

According to the data of the World Health Organization, coronavirus cases have been confirmed in more than 195 countries and territories.