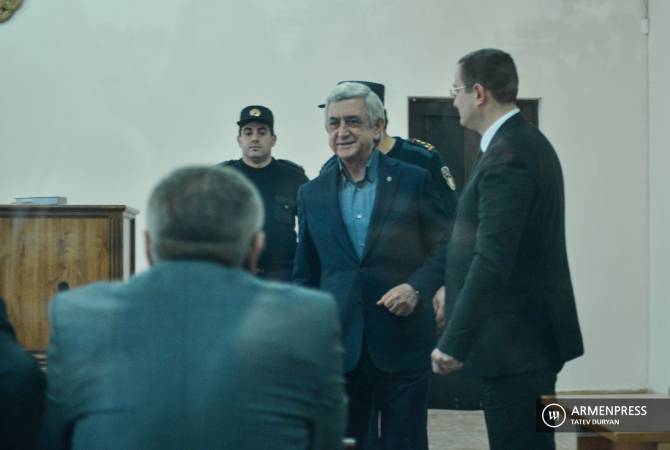 
YEREVAN, MARCH 26, ARMENPRESS. The March 26 court hearing on the case of 3rd President of Armenia Serzh Sargsyan and others has been postponed due to the epidemic situation, lawyer Amram Makinyan told ARMENPRESS, adding that the court satisfied his motion.

The former president was charged with embezzlement in December 2019 and a court imposed a signature bond as bail.   Former agriculture minister Sergo Karapetyan, businessman Barsegh Beglaryan and several others are also charged in the same case. Sargsyan is suspected in abuse of power and embezzlement of nearly half a billion drams during his tenure as president through the businessman. Sargsyan denies wrongdoing.