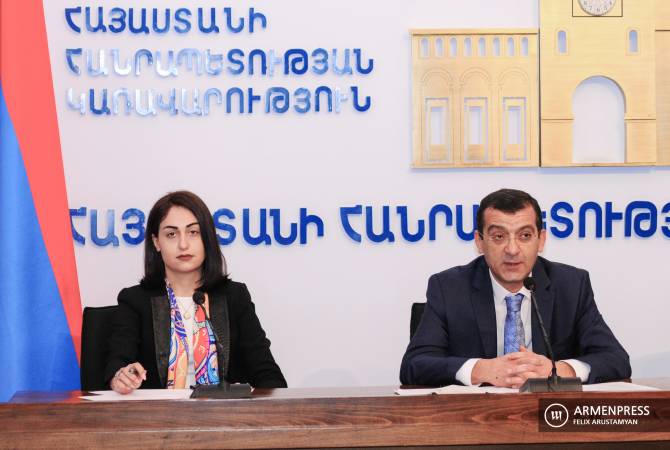 
YEREVAN, MARCH 20, ARMENPRESS. Armenia’s Central Bank doesn’t see risk of increase in inflation under the current state of emergency in the country, CBA Board member Artur Stepanyan said at a press conference on the topic relating to inflation and macro-economic stability.

“On March 17 we reduced the refinancing rate in case when many countries in our region raised it or kept unchanged. It’s clear that in such situation the role of the monetary-credit policy is limited as it’s impossible to have an effect on the real economic developments and separate parts of the economy with the tools of this policy because of the ongoing health problems caused by the novel coronavirus. But it’s important to continue maintaining the macroeconomic stability which will enable the government to more effectively ensure the targeted actions connected with the various sectors of the economy. At the same time, as starting from 2015 we have low inflationary environment, and currently as well the inflation is quite low, with this step we allow to balance the economic activity and our price stability, economic development goals. The inflationary expectations are anchored for sufficient time, and here we carried out a certain enlargement policy. I can state for sure that the inflation will remain at a low level in coming months”, Stepanyan said.

The CBA official stated that the Bank conducts daily monitoring of economy and financial markets, discusses various alternative scenarios for the further development of the economy and is ready to respond to any development. At the same time, in order to keep the efficiency of the current policy the Central Bank is always in touch with the commercial banks and credit companies, as well as other participants of the financial market.