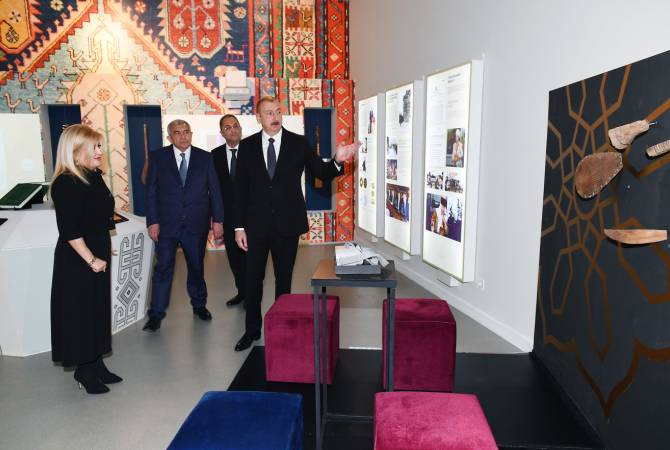 
YEREVAN, MARCH 6, ARMENPRESS. Azerbaijani President Ilham Aliyev has been angered upon seeing Armenian toponyms on maps displayed at an Azerbaijani arts museum in the Tovuz region.

Apparently by not putting up with the fact that a state of Azerbaijan did not exist during the times of the Kingdom of Urartu, Aliyev demanded the museum to have new maps with names of so-called ancient Azerbaijani cities.

Aliyev instructed the museum’s director to replace the names of Dilijan, Sevan, Hrazdan and other Armenian areas on the maps with Azerbaijani ones.