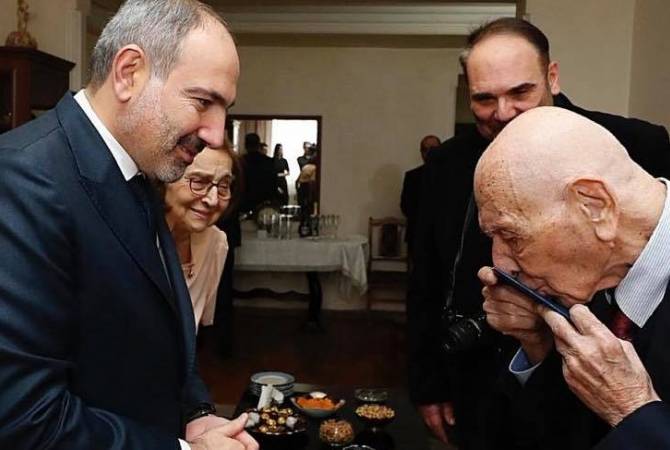 
YEREVAN, MARCH 6, ARMENPRESS. Prime Minister Nikol Pashinyan has handed over an Armenian passport to Nourhan Josephovich, the 105-year old Italian citizen of Armenian descent who had applied for Armenian citizenship.

“I was greatly honored to grant the Republic of Armenia passport to our 105-year old compatriot Nourhan Josephovich (He was born in 1915 in Istanbul)”, Prime Minister Nikol Pashinyan said on social media. “It was even more touching to learn that Nourhan Josephovich had made the decision on returning to Armenia for permanent residency by being inspired with the non-violent, velvet, people’s revolution”, he added, posting a photo of the 105-year-old kissing the newly granted passport.