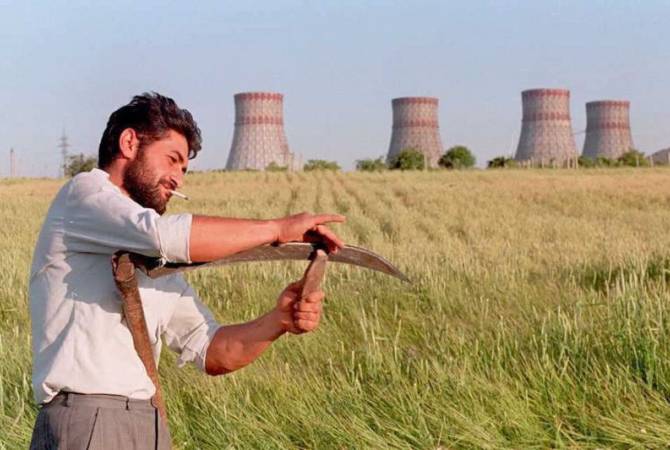 
YEREVAN, FEBRUARY 19, ARMENPRESS. The “Foreign Policy” has published an extended Article about Armenia, headlining it “Make Armenia Green Again”.  ARMENPRESS reports the author of the article visited one of the villages in Ararat Province, talked with its residents, who told about their living conditions, the regular shooting coming from the Azerbaijani side, as well as about making their country green again.

“Riding high on the heels of a peaceful revolution that swept out years of corrupt oligarchy, Armenia’s new reformist government, led by the former journalist Nikol Pashinyan, has pledged to double the country’s tree cover by 2050 as part of Armenia’s commitment to the Paris climate agreement goals.

Since 1994, the Armenia Tree Project (ATP), a Massachusetts-headquartered nonprofit staffed by Armenians and Armenian Americans, has led the country’s reforestation efforts. ATP nurseries, greenhouses, community forests, and planting sites dot virtually every corner of Armenia, from the lush, leafy Georgian border down to disputed Nagorno-Karabakh. Their forests often memorialize; they’re named for genocide survivors or are dedicated to patriotic themes. In 2001, ATP planted the poplar and fruit trees skirting the roads around the 13th-century Noravank monastery to honor Armenia’s 1,700-year anniversary as the world’s first Christian nation.

Scaling up that model, in October at the country’s inaugural forest summit—Forest Summit: Global Action and Armenia, convened by ATP and the American University of Armenia—Pashinyan announced that doubling the tree cover would begin with 10 million trees planted by Oct. 10, 2020—representing the global population of Armenians. To put that number into perspective, after 25 years on the ground, ATP celebrated its 6 millionth tree planting only late last year”, reads the article.