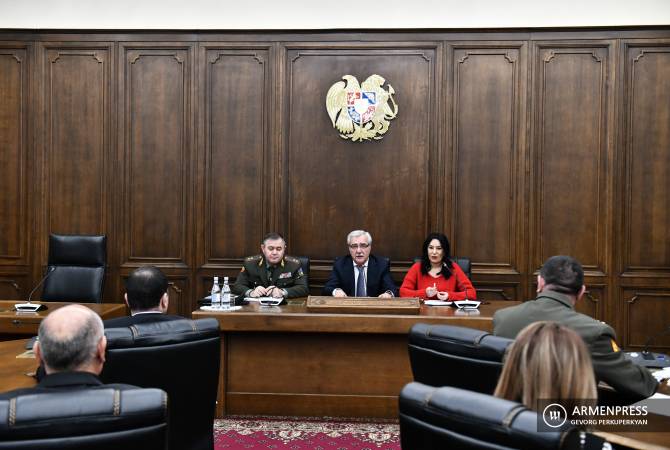 
YEREVAN, FEBRUARY 18, ARMENPRESS. Chief of General Staff of the Armenian Armed Forces Artak Davtyan has been invited to the Parliament to discuss the recent death cases in the Army.

The discussion was initiated by the parliamentary standing committee on defense and security affairs and the committee on protection of human rights and public affairs.

The meeting is also attended by several top officials of the military.

Chair of the standing committee on defense and security affairs Andranik Kocharyan announced that the meeting will be held in a closed format, but after that they will answer to the questions of the reporters.