Pashinyan-Aliyev meeting kicks off in Munich 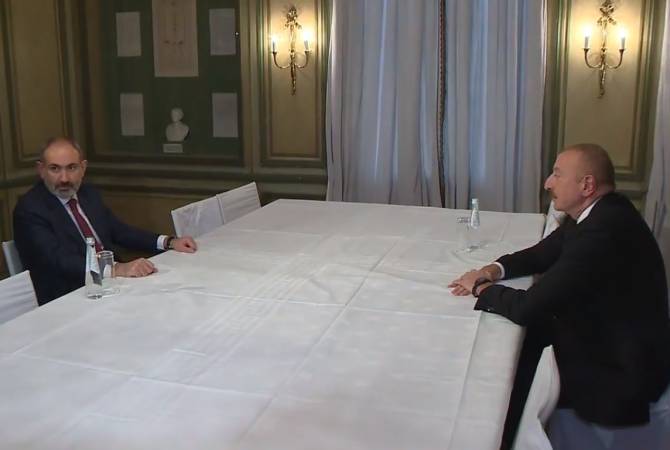 
YEREVAN, FEBRUARY 15, ARMENPRESS. The meeting of Armenian Prime Minister Nikol Pashinyan and President of Azerbaijan Ilham Aliyev kicked off on February 15 on the sidelines of the Munich Security Conference, Armenpress correspondent reports from Munich.

After the meeting the leaders of the two countries will participate in a discussion on the Nagorno Karabakh conflict within the frames of the Conference. The moderator of the discussion is the President and CEO of the U.S. Russia Foundation (USRF) Celeste Wallander.