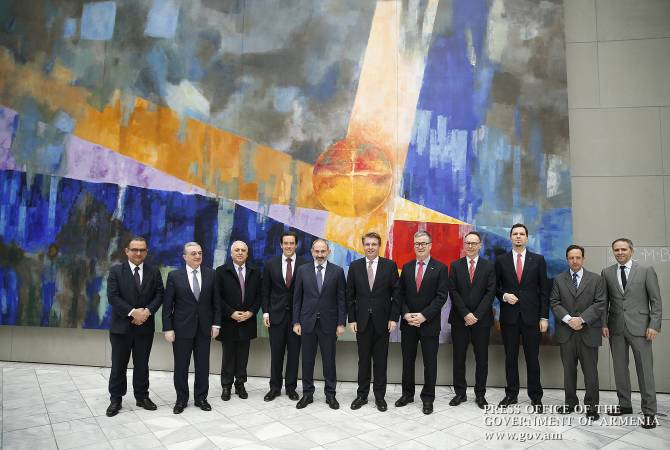 Bareiß thanked the Armenian PM for the meeting and noted that the German side is eager to further develop and expand trade-economic ties with Armenia. He expressed certainty that the Armenian PM’s visit will boost the enhancement of bilateral business relations and implementation of new joint programs in different branches of the economy.

Pashinyan noted that the Armenian Government is interested in developing economic partnership with Germany and the enhancement of the involvement of German businesses and capital in the Armenian market.

During the meeting the sides discussed possible steps and programs in the direction of implementing joint projects that will boost the Armenia-Germany commercial ties. They also highlighted the organization of business forums and deepening of ties and cooperation between businessmen.