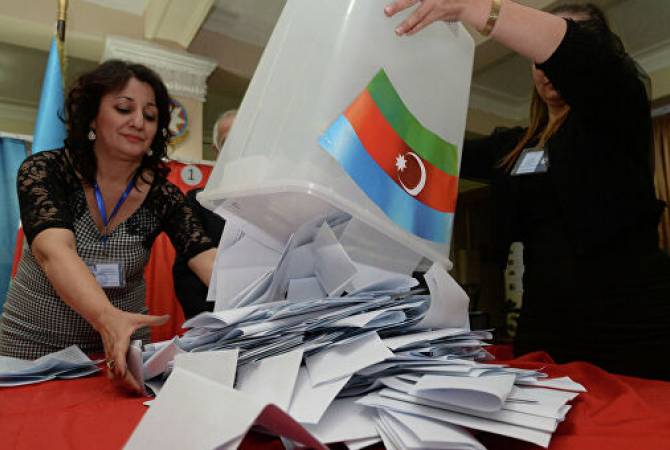 
YEREVAN, FEBRUARY 10, ARMENPRESS. The restrictive legislation and political environment prevented genuine competition in Azerbaijan’s early parliamentary elections, international observers said in a preliminary statement, Armenpress reports citing OSCE website. Despite the large number of candidates, voters were not provided with a meaningful choice, due to a lack of real political discussion, the statement says.

The observation mission, a joint undertaking of the OSCE Office for Democratic Institutions and Human Rights (ODIHR), the OSCE Parliamentary Assembly (OSCE PA) and the Parliamentary Assembly of the Council of Europe (PACE), noted that many candidates used social media to reach out to the voters, but this did not compensate for the absence of campaign coverage in traditional media.

Significant procedural violations during the counting and tabulation of votes on election day raised concerns over whether the results were established honestly, the observers said.

“I regret very much that what could have been improvements did not lead to a competitive environment enabling truly democratic elections. Counting on election day was disappointing,” said Artur Gerasymov, Special Co-ordinator and leader of the OSCE short-term observer mission.

Early parliamentary elections were held in  Azerbaijan on February 9. A total of 1,314 candidates ran.

According to preliminary results, the ruling New Azerbaijan Party (YAP) led by President Ilham Aliyev may get up to 71 seats in the 125-seat parliament.