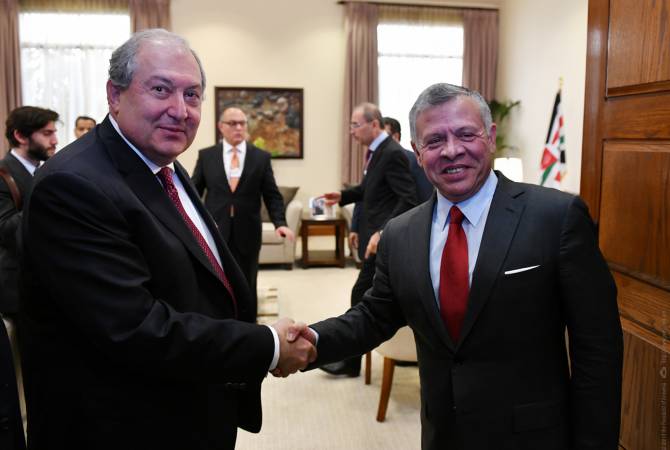 
YEREVAN, FEBRUARY 7, ARMENPRESS. King Abdullah II bin Al-Hussein of Jordan will arrive in Armenia on a two-day official visit on February 10 at the invitation of President Armen Sarkissian, the Presidential Office told Armenpress.

During his visit the King of Jordan will also meet with Prime Minister Nikol Pashinyan and Catholicos of All Armenians Garegin II.