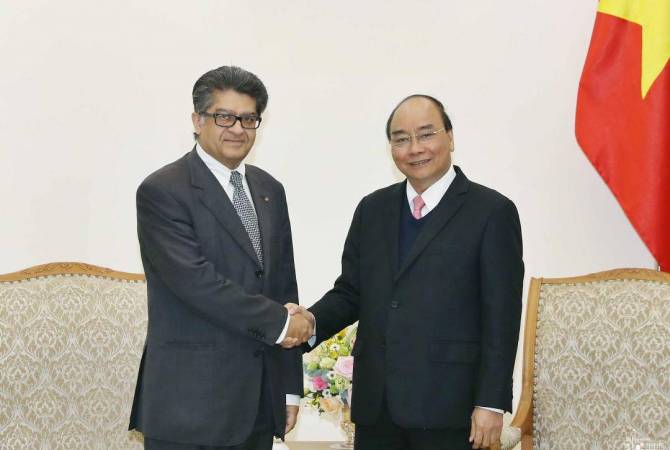 As ARMENPRESS was informed from the press service of the MFA Armenia, greeting the Ambassador, Prime Minister Phuc noted that there is a positive atmosphere of mutual understanding between the two countries and particularly emphasized the importance of the development of cooperation in the spheres of trade, economy and investments.

Thanking the Prime Minister of Vietnam for the reception, Ambassador Kazhoyan congratulated him on the occasion of the 90th anniversary of the establishment of Communist Party of Vietnam and assumption of the chairmanship over the UNSC and the ASEAN by Vietnam.

During the meeting Ambassador Kazhoyan referred to the priorities of the Armenian-Vietnamese cooperation. He added that the Armenian companies show great interest to participate in “Vietnam Expo” 2020, which can be a good platform for the export of Armenian products not only to Vietnam, but also ASEAN countries.