Mnatsakanyan-Mammadyarov meeting kicks off in Geneva 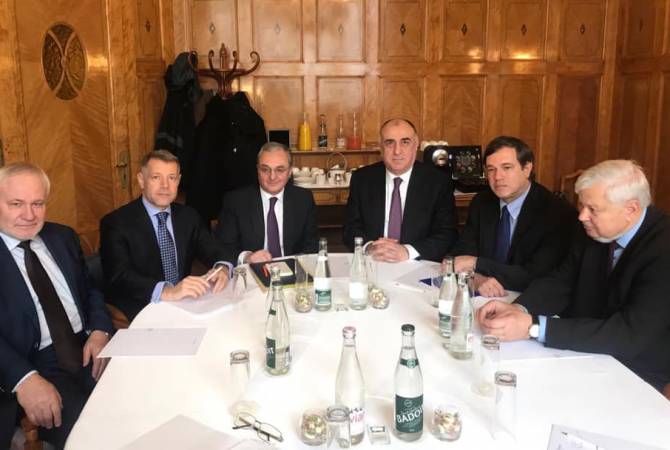 “The meeting is being held under the mediation and participation of the OSCE Minsk Group Co-Chairs Igor Popov (Russia), Stéphane Visconti (France), Andrew Schoffer (USA) and Personal Representative of the OSCE Chairperson-in-Office Andrzej Kasprzyk”, she said.

Earlier today the Armenian FM had a meeting with the OSCE Minsk Group Co-Chairs and Ambassador Andrzej Kasprzyk in Geneva.