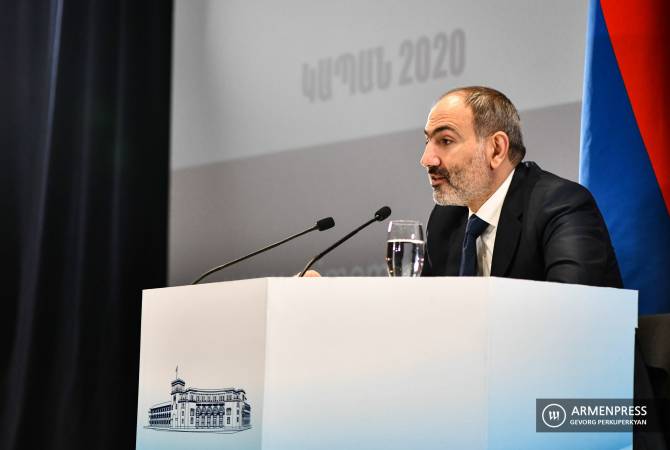 
KAPAN, JANUARY 25, ARMENPRESS. Prime Minister Nikol Pashinyan has once again called on the demonstrators in Jermuk to open the road leading to the Amulsar mine.

“Today I am again calling on them to open the road, and I find our dear citizens’ actions to be illogical because it is because of them that this problem is in a deadlock. This issue will not be solved in any scenario as long as the road is closed,” Pashinyan said.

The Armenian PM noted that the road blocking could have legal problems, assuming that Lydian – the mine’s operator – will head for arbitration.

Earlier in 2019 September, the PM had again called on the protesters and environmentalists to open access to the mine.