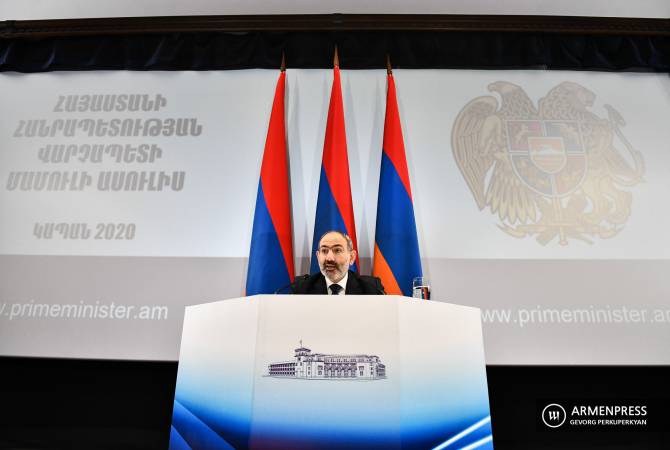 
KAPAN, JANUARY 25, ARMENPRESS. Prime Minister Nikol Pashinyan has commented on the news that a coup d'état plot has been thwarted in Armenia.

Speaking at a news conference on January 25, he said: “We have crushed the backbone of the coup, and there simply cannot be such a thing in the Republic of Armenia. Those willing to take their chances, you know what will happen to them”.

Earlier on January 23, Secretary of the Security Council Armen Grigoryan told reporters that a coup attempt has been thwarted in Armenia. He did not elaborate.