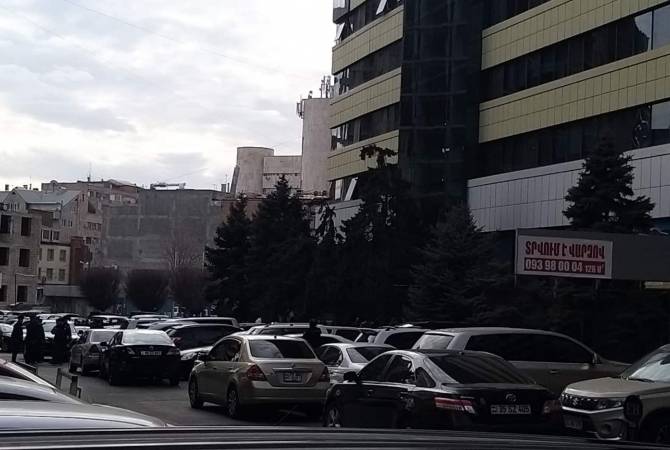 
YEREVAN, JANUARY 23, ARMENPRESS. Police are currently conducting negotiations with the gunman inside the Erebuni Plaza Business Center in downtown Yerevan.

“Immediate actions are underway. Negotiations are being carried out. Additional information will be provided later,” police said.

ARMENPRESS correspondent reported from the scene that there were other people in the first floor during the time of the shooting. It is unclear if the gunman has taken hostages.

Heavy police presence is seen outside the building.