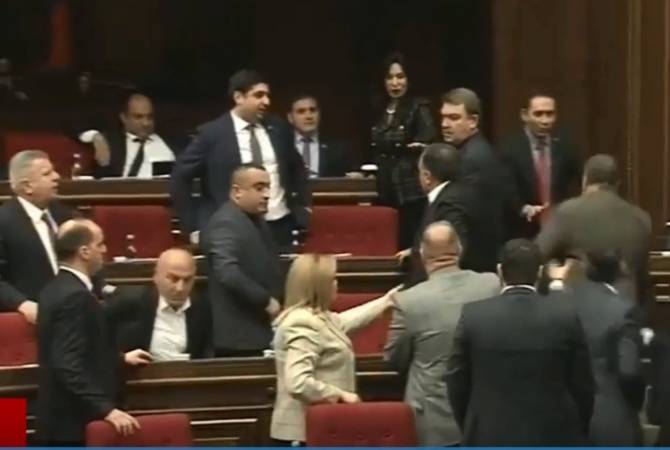 
YEREVAN, JANUARY 21, ARMENPRESS. Parliamentary debates of a bill on combating the mafia subculture were interrupted as lawmakers clashed in a chaotic shouting episode.

It all began after opposition MP from Prosperous Armenia Gevorg Petrosyan sarcastically told lawmakers in his speech to “also combat a three-letter word” term associated with the subculture, presumably referring to a criminal jargon insult.

After Babajanyan finished his speech and was returning to take his seat, the situation turned into a heated altercation between himself and MPs from Prosperous Armenia.

Speaker Mirzoyan removed 4 lawmakers from Prosperous Armenia, including Petrosyan, from today’s session as a disciplinary measure.

The bill seeks to criminalize any association with criminal subculture and the so-called thief-in-law phenomenon.