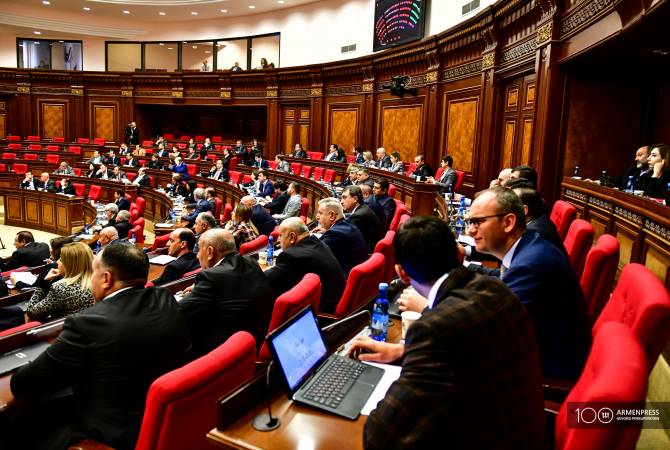 If passed, the Criminal Code will be amended with a new article defining 3-8 years imprisonment for members of the Armed Forces who will deliberately or negligently bully a fellow military serviceman into committing suicide or attempting to commit suicide. The article will foresee 5-10 years imprisonment if the crime will be committed by a superior against a subordinate, by a group of persons, or regularly against the same person, or against active duty personnel on combat shifts. 7-12 years imprisonment is defined if the crime is committed in conditions of martial law, wartime or combat.

MP Naira Zohrabyan told parliament that the suicides taking place in the military during peacetime shows that there are violations of the Code of Conduct among the personnel.

She said these issues are voiced as a public demand to subject perpetrators who incite servicemen into committing suicide to more stricter punishment.

The Cabinet had earlier approved the bill and made several recommendations, which in turn were accepted by the authors.

On November 29, the bill was approved by a parliamentary committee.