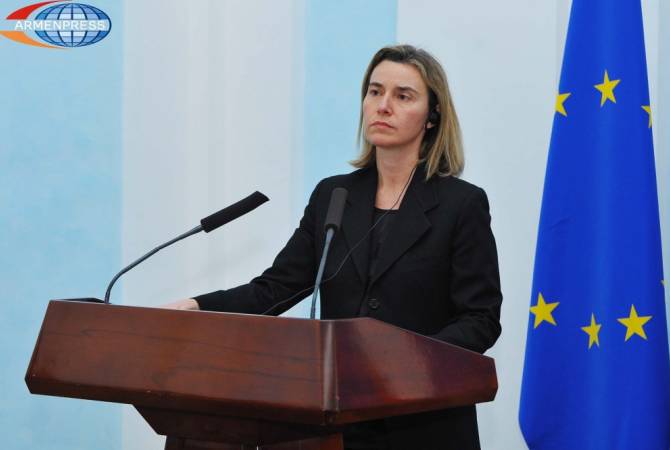 
YEREVAN, DECEMBER 7, ARMENPRESS. The European Union will “continue to work for the peaceful resolution of the Nagorno-Karabakh conflict, encouraging and supporting dialogue at the highest level between Armenia and Azerbaijan”, said High Representative of the European Union for Foreign Affairs and Security Policy Federica Mogherini at the European Parliament Plenary debate on eastern neighbourhood developments.

“We fully support the mediation efforts and the proposals of the OSCE Minsk Group Co-Chairs, including through the work of our Special Representative”, Mogherini said about the NK conflict settlement process.

“The [Armenian] government has committed to substantial democratic reforms, in line with our [Comprehensive and Enhanced] Partnership Agreement. In fact, Armenia considers the Agreement with the EU as a true blueprint for reforms, and we are proud of that. Our support to the reform process has increased after last year's political revolution, including to the ongoing justice reform. And I am confident that this partnership will become even closer in the years ahead”, she added.