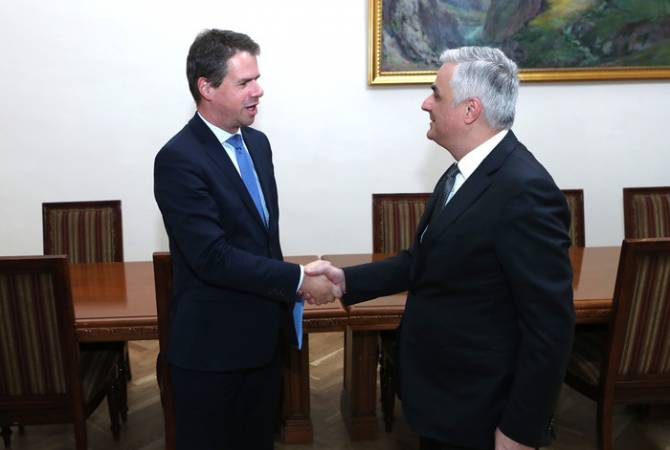 Welcoming the guest, the deputy PM highlighted the development of the Armenian-French bilateral relations and stated that Armenia highly appreciated the cooperation with friendly France in a number of fields.

The officials touched upon the success and achievements in the commercial cooperation. They discussed the activities of French companies operating in Armenia. The Ambassador said several French companies expressed interest in making investments in Armenia. Deputy PM Grigoryan welcomed the idea of having new French companies in Armenia and stated that the government is making efforts to create more favorable business climate and develop right business culture in Armenia.