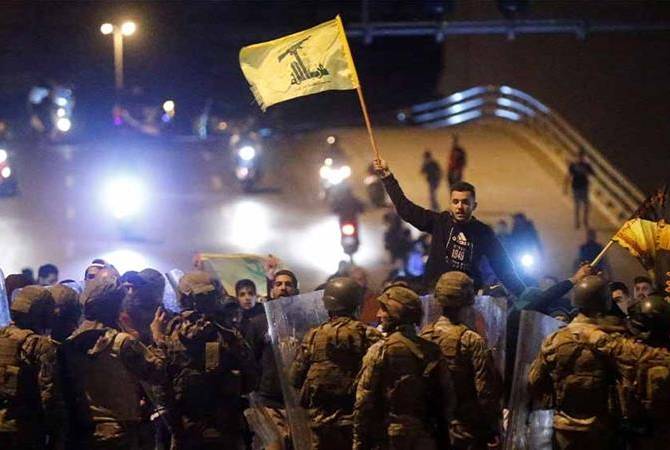 
YEREVAN, NOVEMBER 25, ARMENPRESS. The Lebanese army and security forces have taken the situation under control in downtown Beirut following clashes and disturbances which took place between demonstrators and supporters of Hezbollah and the Amal movement.

The army drew a separation line in between the supporters of the parties to avoid clashes. Injuries were reported as the sides were throwing stones at each other, Al Zadid reported.

Earlier it was reported that supporters of Hezbollah and the Amal movement arrived in central Beirut and brought down the tent of the peaceful protesters, which led to mass clashes. The clashes took place until the army arrived. The disturbances began after footage posted online showed a protester insulting the leader of Hezbollah while fighting with a supporter of the movement.

The anti-government protests in Lebanon are taking place since October 17. Demonstrators want economic reforms and investigations into officials who are involved in corruption.

PM Saad Hariri and his Cabinet resigned on October 29, but the protests did not stop.