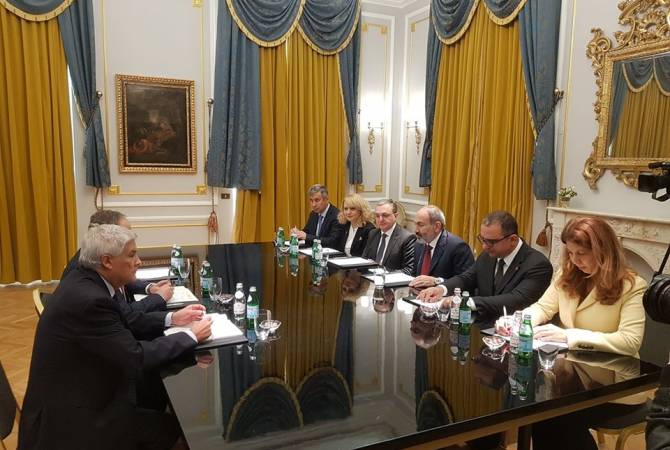 The meeting from the Armenian side was attended by Foreign Minister Zohrab Mnatsakanyan, Minister of Economy Tigran Khachatryan, Ambassador of Armenia to Italy Victoria Baghdasaryan, PM’s spokesperson Vladimir Karapetyan and head of the Foreign Relations department at the PM’s staff Tsovinar Hambardzumyan.

From the ICE side the meeting was attended by CEO and General Director Roberto Luong.

The Armenian PM and the ICE President discussed the development of economic cooperation during their meeting. Pashinyan said in recent years a positive dynamics is being observed. The number of companies operating with the Italian capital has increased. The PM considered this dynamics a good base to further deepen the economic partnership.