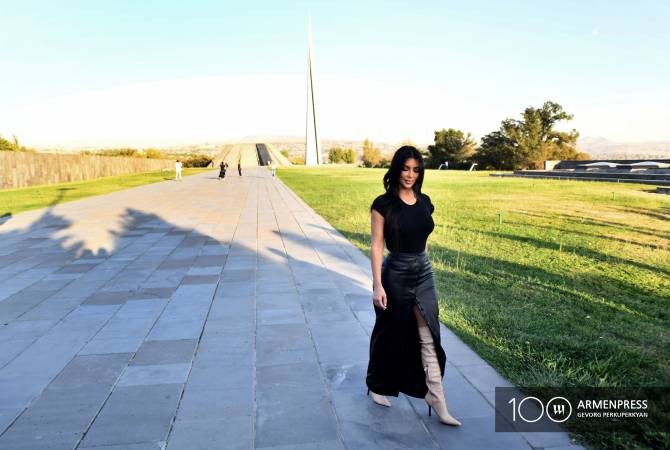 “WOW LOOK AT THESE INCREDIBLE NUMBERS!!! THE U.S. JUST RECOGNIZED THE ARMENIAN GENOCIDE!!!!” she tweeted, sharing photos from the vote.  She also shared the New York Times article on the recognition.

Kim’s sister Khloe also commented on the historic vote, saying it is “huge for Armenians”.

“I’ve been shooting a commercial all day but I just found out that the US House of Representatives has officially recognized the Armenian Genocide !!!!!! This is so huge for Armenians”, Khloe Kardashian said.