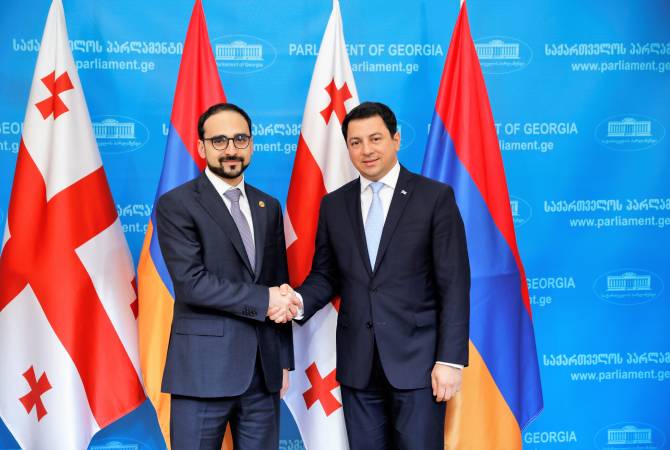 The sides highlighted the importance of high-level mutual visits and meetings for promoting the Armenian-Georgian relations. They underlined the positive dynamics of the development of political, economic and tourism ties and the importance of further deepening the cooperation.

The sides also emphasized the role of the parliamentary diplomacy aimed at strengthening the friendly ties between Armenia and Georgia.

The officials highlighted the role of the Armenian community of Georgia in further intensifying the relations between the two friendly peoples and countries.

At the request of the Georgian side, the deputy PM introduced Armenia’s economic policy priorities and governance system reforms.

At the meeting issues relating to major regional economic projects were discussed.