Everyone’s education level should be at least a little higher every next day, says Pashinyan | ARMENPRESS Armenian News Agency

Everyone’s education level should be at least a little higher every next day, says Pashinyan 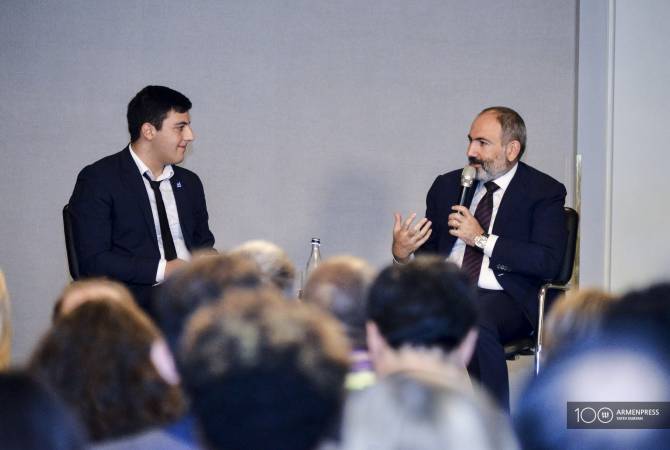 During his talk with Edik Nazaryan, a 11th grader from Stepanavan, on the sidelines of the Education For All international network’s annual conference in Yerevan the Armenian PM said everyone’s education level should be at least a little higher every next day compared to the previous day.

“Many by saying education understand a period, which starts, let’s suppose, from the 1st grade or a pre-school and ends in the university. But for me education is a continuous process, and this is the reason that currently we are discussing a strategic vision in our country. We have a point there and hope to make it a reality for our country: we formulate it in the following way – to make education a national lifestyle in the Republic of Armenia. What do we mean by saying this? We mean that the person’s education should continue during his entire life. I have also proposed a slogan that the education, intellectual level of each of us should be at least a little higher every next day than the previous day”, Pashinyan said.

He added that by saying education he doesn’t mean only acquiring academic knowledge because everything is education. “Speaking is education, the way of talking, communication needs educational development. This relates to all, starting from craftsmen up to an artist, state official and so on”, the PM added.