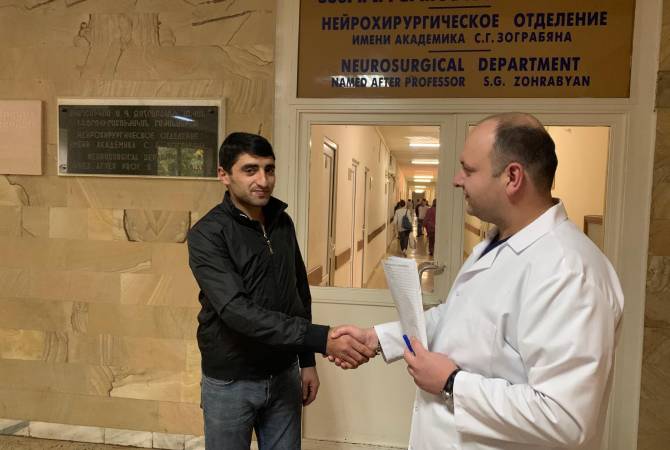 
YEREVAN, OCTOBER 18, ARMENPRESS. Police officer Armen Hakobyan, who was wounded at an incident in Yerevan on October 16, has been discharged from hospital.

“Wounded police officer Armen Hakobyan has been discharged from the St. Gregory the Illuminator hospital. He feels good. Remembering his colleague, police officer Tigran Arakelyan, who was killed at the same incident, Armen Hakobyan said on the day of the incident Tigran was talking about how short life is, comparing it with the life of a butterfly. Tigran advised Armen to appreciate what he has and love people”, spokesperson of the hospital Tsovinar Khachatryan told Armenpress.

On October 16, at 04:20, one police officer was shot dead while another was beaten by two persons in Yerevan.

Two persons, identified as brothers, have been arrested in suspicion of killing one of the police officers.

Criminal case has been launched into the incident.