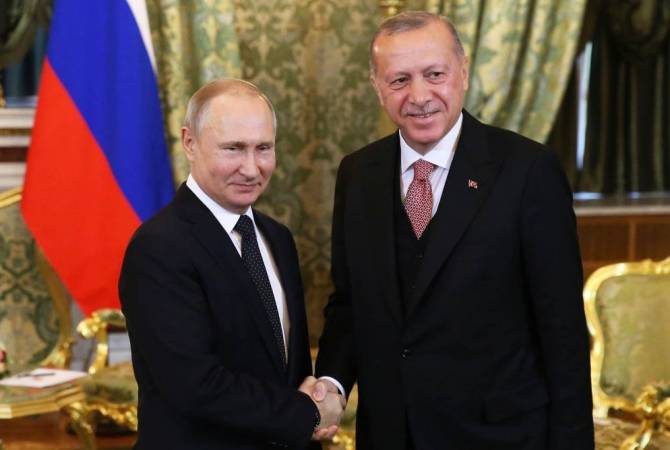 
YEREVAN, OCTOBER 16, ARMENPRESS. Russian President Vladimir Putin invited his Turkish counterpart Recep Tayyip Erdogan to pay a working visit to Russia which was approved by the Turkish leader, the Kremlin press service said in a statement.

During a telephone conversation the Presidents of Russia and Turkey discussed the situation in Syria’s north. “They in particular highlighted the need to prevent clashes between the Turkish troops and the Syrian armed forces”, the statement said.

In addition, Putin and Erdogan supported the continuation of the political settlement process in Syria and expressed intentions to facilitate organizing the session of the Constitutional Committee under the UN auspices at the end of October in Geneva. The two Presidents also reaffirmed their adherence to ensuring the territorial integrity of Syria.