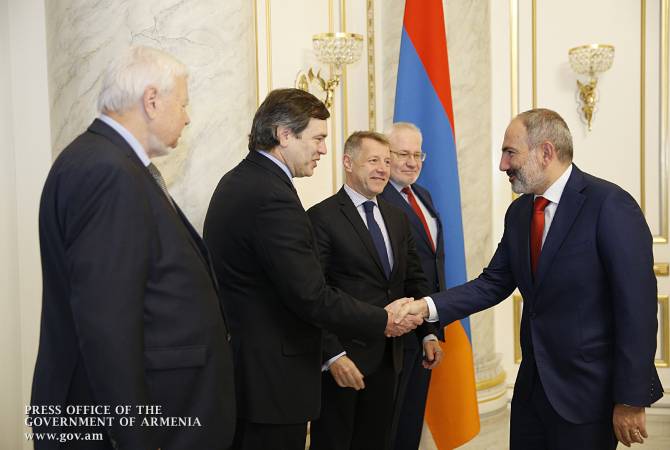 
YEREVAN, OCTOBER 15, ARMENPRESS. Prime Minister of Armenia Nikol Pashinyan received the Co-Chairs of the OSCE Minsk Group - Igor Popov of the Russian Federation, Stéphane Visconti of France and Andrew Schofer of the United States of America, as well as the Personal Representative of the OSCE Chairperson-in-Office Andrzej Kasprzyk, the PM’s Office told Armenpress.

The Armenian PM and the OSCE Minsk Group Co-Chairs discussed the peaceful settlement process of the Nagorno Karabakh conflict. In the context of strengthening trust between the parties, the meeting participants highlighted the importance of taking actions to strengthen the ceasefire regime.

The officials also touched upon the necessity to prepare populations to peace and the steps directed for this purpose.