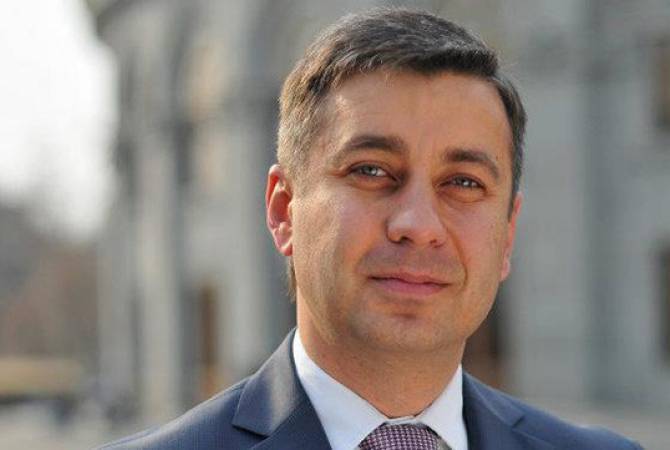 
YEREVAN, SEPTEMBER 19, ARMENPRESS. Prime Minister Nikol Pashinyan’s spokesperson Vladimir Karapetyan has commented on the exoneration by a court of former Deputy Prosecutor General Gagik Jhangiryan and emphasized that the government is making resolute steps towards a state of law.

Speaking to reporters after the Cabinet meeting Karapetyan highlighted the importance of the event.

“This exoneration must be continuous. We have numerous cases when both the former authorities and to say the least the judiciary functioning under it had acted very unfairly. This can be a very good example for people who are zealous and will struggle for the restoration of their rights. This is also in the interests of our state. You remember very well how this incident took place: Gagik Jhangiryan and his brother’s car was stopped, and 20 soldiers carried out an arrest operation. The charges, as far as I recall, were that Jhangiryan and his then-ill brother resisted and battered police officers. Meaning these were obvious illegal actions by the law enforcement, and I am very happy that this chapter in history is being gradually covered and one day will be closed in a fairly manner,” Karapetyan said.

Asked if potentially Nikol Pashinyan himself can appeal to a court for exoneration for his 2010 conviction over the 2008 unrest, Karapetyan said that the PM is seemingly held back in this matter and is waiting for other examples to take place in order for the potential move not to be viewed as any kind of pressure or guidance by others. “He will join in the end or at some phase. I think exonerations must definitely happen,” Karapetyan said.

Jhangiryan appealed to a court of cassation on July 16th, 2019 requesting for his 2008 conviction of a three-year prison sentence to be exonerated. On September 18th he was exonerated.