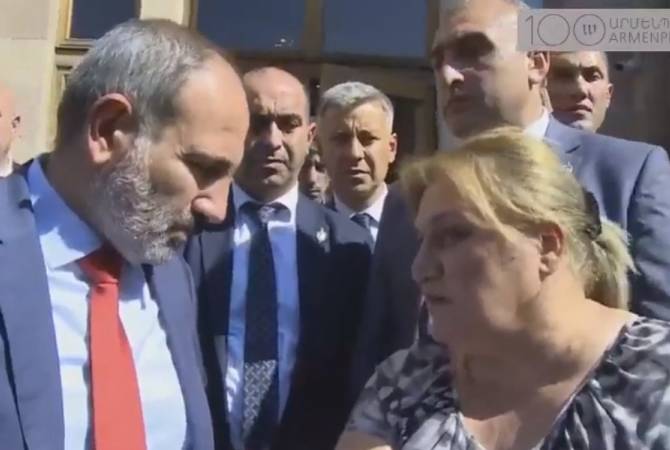 
YEREVAN, SEPTEMBER 19, ARMENPRESS. Prime Minister Nikol Pashinyan met with the family members of killed servicemen who were protesting outside the government headquarters in Yerevan demanding compensations for their losses.

The PM told the demonstrators that one of the very first decisions of the government was that the military insurance fund must make payments for the incidents that have taken place since January 1, 2014. Previously payments were being made for incidents which took place only after January 1, 2017.

“7 months later another decision was made to make the payments for the incidents which have taken place after 2008. In one year alone we expanded the coverage for 9 years. I have announced several times that our objective is for this fund to go back until the 1990s. This requires workplaces to be registered, and citizens have responded to this,” the PM said, referring to cutting the black market in the job market and the 1000 dram monthly tax from each employed citizen which goes to the military insurance fund.

“This year we have more than 65000 newly registered workplaces. In my latest news conference I said that the 1000 dram fund’s payments are growing,” the PM said.

He then asked the families of the deceased servicemen to give the chance for them to solve these problems gradually.

“Now I feel embarrassed as prime minister that I am discussing this kind of a problem, because I find that this problem should’ve been solved long ago. I apologize to you all for your issue not being solved until now,” Pashinyan said.