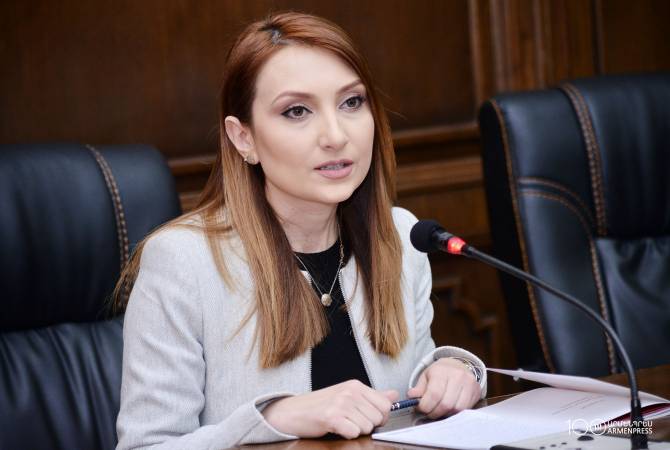 
YEREVAN, SEPTEMBER 18, ARMENPRESS. ''Civil Contract'' party has convened a board meeting, attended by PM Pashinyan. ARMENPRESS reports before the meeting head of the parliamentary faction of ''My step'' bloc Lilit Makunts said that she cannot say what issues will be discussed during the meeting, because there is no clear agenda.

''I cannot say what questions I will raise, but the facilitator of the meeting will inform and everyone will know what issues were on the agenda'', Makunts said.

To the question how she can comment on the resignations of the two power structures, Lilit Makunts said that they are natural processes and no official is for forever.

To the questions that Vilen Gabrielyan's name is circulated as the main candidate for the position of Police Chief, the head of ''My step'' bloc parliamentary faction said that she has learned about it from media reports.