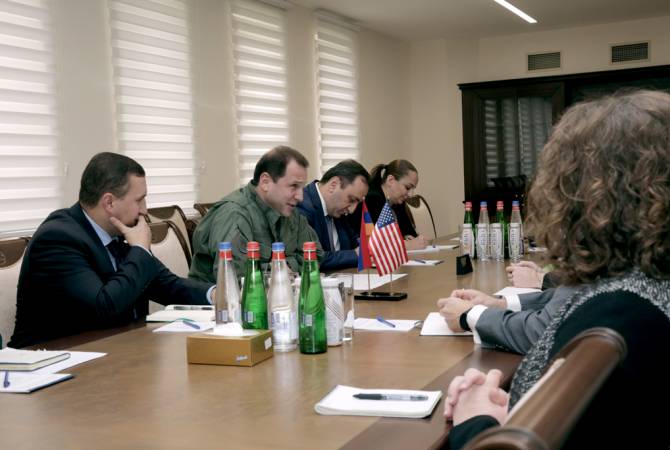 The meeting was also attended by US Ambassador to Armenia Lynne Tracy.

During the meeting the Armenian minister mentioned the 9/11 tragedy, stating that all efforts should be made to prevent such incidents in the future.

Minister Tonoyan introduced the process of the Armenian-American partnership in the field of defense, noting that it covers many areas, as well as expressed hope that the development of cooperation will continue.

In her turn Laura Cooper said she is happy to be in Armenia to examine the areas that will enable to further strengthen the bilateral cooperation on peace and security-related matters. She said Armenia is a key partner for the United States, and the US highly values the constant partnership within the frames of NATO’s Partnership for Peace program and Resolute Support mission. Mrs. Cooper expressed the readiness of the American side to continue the joint work on numerous common interests, including the guarantee of regional and global security.

Other issues of mutual interest were also discussed during the meeting.