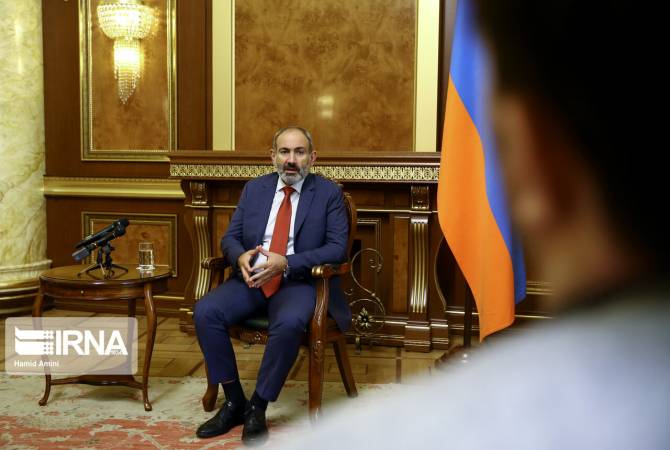 During the interview PM Pashinyan appreciated the current level of the Armenian-Iranian relations, stating that over the past one year during the telephone conversations and meetings held with Iran’s President Hassan Rouhani he had productive discussions on agenda issues of mutual interest.

Touching upon the ongoing programs, Pashinyan said currently the construction of the third Iran-Armenian power transmission line continues with rapid rates, also highlighting the effective partnership with the “gas for electricity” format.

“There are several projects which we are discussing actively with our partners of Iran and hope that we will achieve an agreement on these programs”, he said. As for the prospective programs the Armenian PM noted that the two countries especially have a great opportunity to ensure significant economic results within the frames of the Eurasian Economic Union (EAEU), stating that he has also sent an invitation to the Iranian President to visit Armenia to attend the session of the Supreme Eurasian Economic Council in Yerevan in October.

In the next part of the interview the PM introduced the Iranian journalists on official Yerevan’s position on the Nagorno Karabakh conflict, touched upon the security issues and in this context presented Armenia’s stance on the prospect of relations with Turkey and Azerbaijan.

Talking about the processes aimed at settling the NK conflict, the Armenian PM introduced official Yerevan’s formula on the final settlement, according to which “any agreement on the Artsakh conflict should be acceptable both for Armenia, Artsakh and Azerbaijan”. In this context Pashinyan said that Baku’s actions still do not provide favorable conditions to hold negotiations on the directions of the final solution of the conflict.

Commenting on the relations with Turkey, Pashinyan said Armenia has repeatedly announced that it is ready to establish diplomatic relations with Turkey without preconditions, but at the same time stating that this doesn’t mean that Armenia refuses from its policy aimed at the international recognition of the Armenian Genocide. The PM said the issue of the Armenian Genocide doesn’t touch upon the Armenian-Turkish relations only, Armenia views this issue also from the viewpoint of international security.

The visit of Iranian journalists to Yerevan took place at the initiative of the Center of Public Relations and Information of the Armenian PM’s staff.