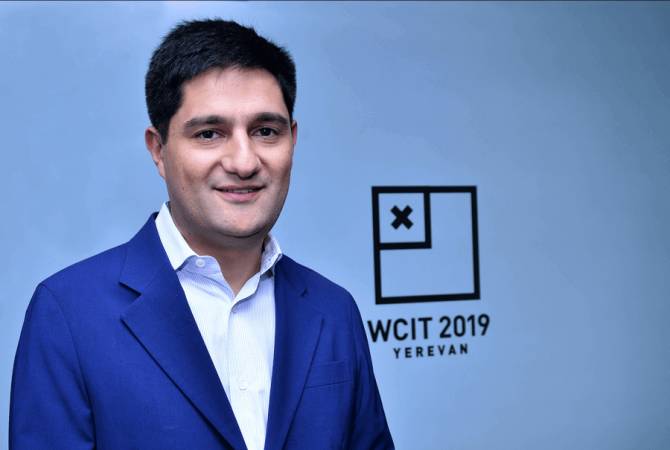 
YEREVAN, AUGUST 17, ARMENPRESS. A number of influential IT leaders have confirmed their participation in the upcoming World Congress of Information Technologies (WCIT) due in October in Yerevan, Armenia.

Yesayan said the number of speakers is growing and they will issue updates every week.

Union of Advanced Technology Enterprises is the organizer of the event.

More than 2000 participants from 70 countries are expected to arrive in Yerevan for the WCIT 2019.

Before the congress a concert will take place at 20:00 October 6 in the Republic Square of Yerevan.