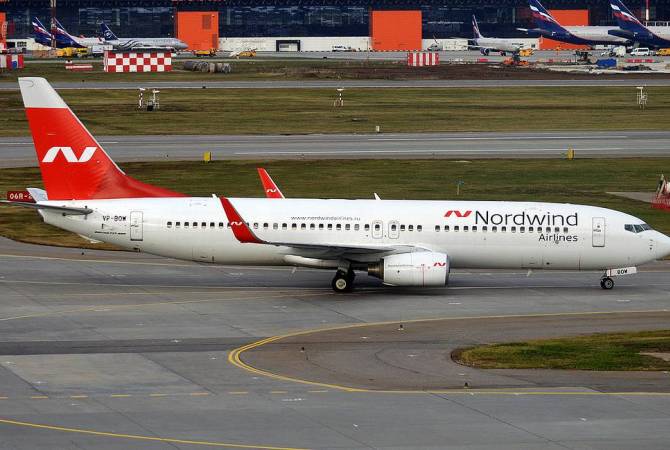 
YEREVAN, JULY 19, ARMENPRESS. The crew of the NordWind Airlines Boeing 737 ordered passengers to evacuate due to a ‘strange smell’ in the cabin, the air carrier said in a statement on its website on July 19, reports TASS.

“At 00:45 Moscow time, strange smell was reported in the cabin as flight N4-477 SVO-EVN B738 (VPBSZ) was accelerating on the runway. The crew aborted the takeoff, left the runway, turned off the engines and organized the evacuation of passengers (162 adults, 11 children) using inflatable slides”, the company said.

According to the Sheremetyevo Airport’s online schedule, flight N4-477 departed at 05:19 and is expected to arrive to Armenia’s capital Yerevan at 09:00 Moscow time.

“145 passengers were registered for the flight, 28 decided to cancel their journey, including the two passengers who were admitted to a hospital”, the Sheremetyevo press service said.

According to earlier reports, eight passengers were slightly injured during the evacuation, suffering mostly from scratches and bruises. One person was hospitalized with a dislocated ankle, the other - with a hypertensive emergency, rescuers said.