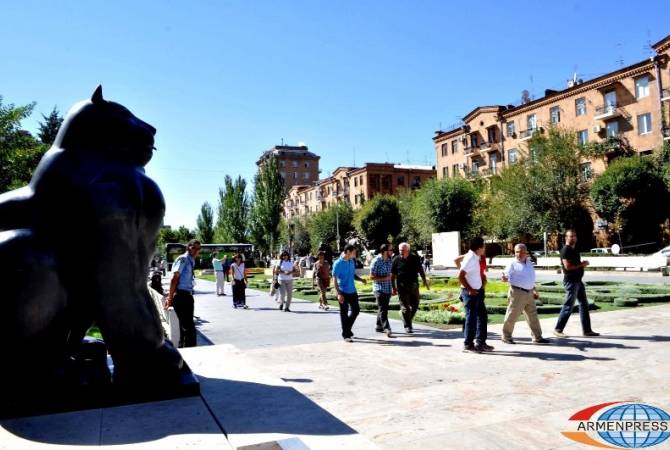 
YEREVAN, JULY 18, ARMENPRESS. The number of tourists who visited Armenia rose by 12.8% in the 1st 6 months of the year. The number of visitors with foreign passports has also risen. The number of German tourists has significantly risen, ARMENPRESS reports Minister of Economy Tigran Khachatryan said.

''Touristic visits to Armenia have increased by 12.8% and the interesting thing is that the rise of visitors with foreign passports has increased more – 14.4%’', the Minister said, adding that 55 thousand Russian citizens and 6 thousand German citizens visited Armenia during the first 6 months.

The percentage increase of the number of German tourists is the biggest, while Russia is the leader in absolute values. Number of tourists visiting from Asia has also recorded significant rise – 53.5% from China (which is still a small number in absolute values) and 22% from Japan. The Minister noted that the visa free regime with China to come into force in the near future will significantly promote the flow of Chinese tourists to Armenia.

Tigran Khachatryan expressed confidence that by the end of the year Armenia will record 15% rise of number of tourists.