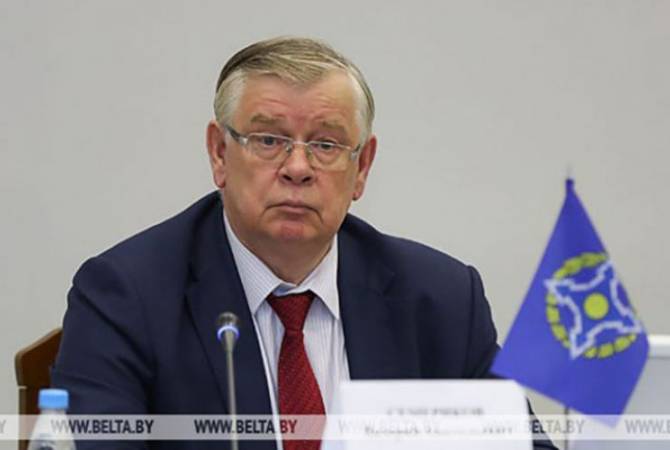 
YEREVAN, JULY 4, ARMENPRESS. There is no session of the Council of ministers of CSTO member states during which the issue of the Nagorno Karabakh conflict has not been discussed, Acting CSTO Secretary General, Colonel-General Valery Semerikov said during Moscow-Yerevan-Minsk-Nour-Sultan-Bishkek video conference.

Asked what actions are taken to prevent threats, reduce tension in the region given that the Nagorno Karabakh conflict is not solved yet, the acting CSTO chief said: “I don’t remember any session of the Council of ministers where this issue has not been discussed. We have adopted several statements on the Nagorno Karabakh conflict at various levels. Respective statements are adopted almost every year conditioned by different situations”.