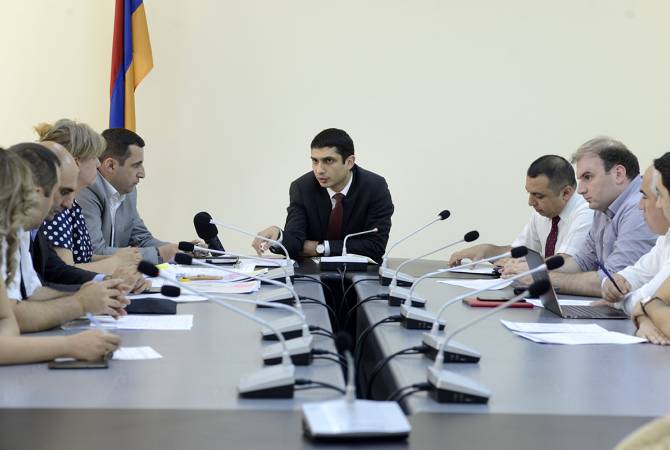 
YEREVAN, JUNE 26, ARMENPRESS. Around 100 tech companies have already applied to the Armenian Ministry of High Tech Industry to be granted tax privileges after the new law has enabled new opportunities for startups.

The 2019 April amendments in the law on State Support for Information Technologies Sector, effective since May 18th, is aimed at the development and progress of a knowledge-based economy.

The ministry said the number of applicants is growing daily and 41 startups have already been granted tax privileges during the first and second sessions of the certification commission.

200-240 workplaces will be created as a result of the operations of these 41 companies alone.

“First of all this law gives faith, hope and also vigor to new, beginning companies that the government is maximally supporting, in person of our minister’s great efforts, the development of this sector,” said DataArt Director Arsen Baghdasaryan. He noted that the privileges support the companies in the initial period, which otherwise would be rather expensive.

Months earlier two Armenian brothers participated in the Dilijan Startup Innovative Technologies Conference where they found out about the tax privilege law. They then decided to return to Armenia, leaving behind their own business in France. They now have 10 employees working in their startup and are certain that the governmental support program will ensure progress.

Another repatriate who returned to her homeland is Diana, a data processing expert who together with her Austrian husband decided to settle in Armenia. Now they are in the process of hiring employees.

Lusine Mnatsakanyan from the Netherlands has also already established a logistic shipment startup in Armenia and is employing 5 people.

The new law is granting 0% profit tax and only 10% income tax to startups.

At the same time, there are certain requirements to be eligible to apply, for example the number of employees of the given startup should not exceed 30 and the companies should not be established as a result of the re-organization of another business.