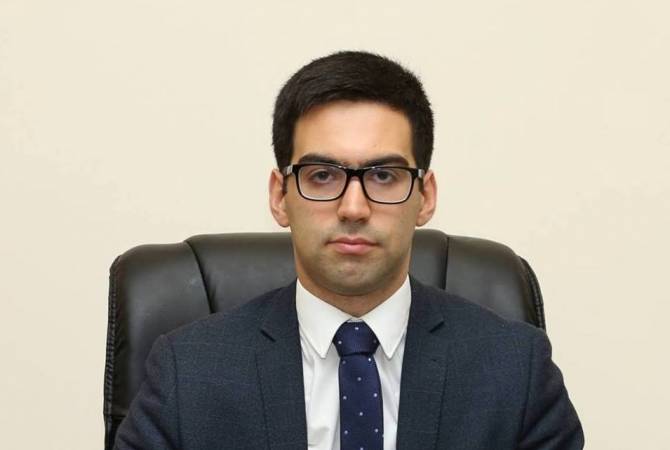 
YEREVAN, JUNE 19, ARMENPRESS. Newly appointed Justice Minister of Armenia Rustam Badasyan assesses his professional experience in justice sphere is sufficient. ARMENPRESS reports in a briefing with reporters at the National Assembly the Minister said that he has already outlined the directions of the judicial reforms with Prime Minister Pashinyan.

According to Minister Badasyan, his age will in no way impact the effectiveness of the management of the Ministry.

''I also recorded success in the private sector at earlier age, particularly I became shareholder-partner at one of the leading law firms after working for only one year. So I think my professional experience is sufficient for running the Ministry of Justice'', he said.

Answering the question what is his opinion on blocking the entries of courts, Rustam Badasyan said that the PM has comprehensively clarified the goals of the campaign. ''I think it was not a measure aimed at exerting pressure on the courts'', he added.

Referring to the question if vetting is the right way for reforming the judicial system and if there is no alternative to it, the newly appointed Minister answered, ''It is a necessary action for having independent judicial system, but not enough''.