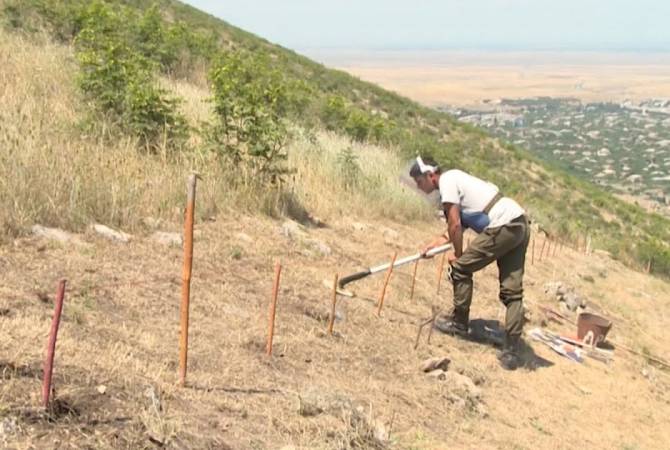 During remarks on the House floor last week, Rep. Cox noted “Karabakh has one of the highest civilian casualty rates from land mines and unsolicited remnants of war. According to The HALO Trust, there have been nearly 400 civilian casualties from mines and unexploded ordnance in Karabakh for the last few decades and a quarter of those landmine victims have been children. In 2013, a needs assessment estimated that The HALO Trust interventions have benefited over 80% of the region’s population. Mr. Speaker, families and children shouldn’t have to live in fear of dying due to a landmine accident.”

The Cox Amendment on Artsakh aid, which was supported by Congressional Armenian Caucus Co-Chairs Frank Pallone (D-NJ) and Jackie Speier (D-CA) and Vice-Chair Adam Schiff (D-CA), calls for a $1.5 million allocation for FY2020.  It was adopted as part of an “en bloc” group of foreign aid related amendments to H.R.2740 by a vote of 231 to 187.