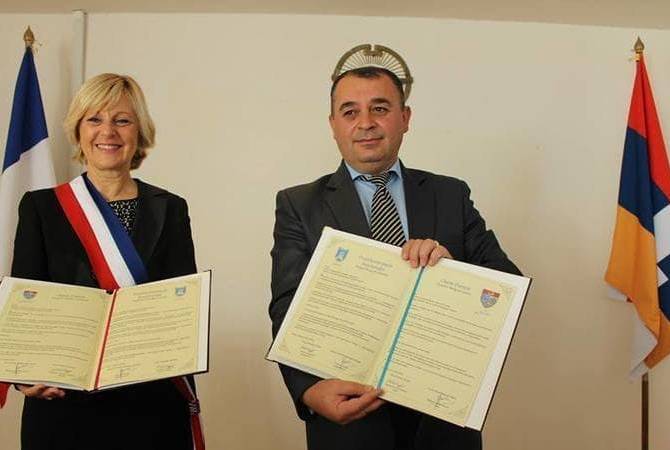 
YEREVAN, JUNE 17, ARMENPRESS. Mayor of the French city of Bourg-lès-Valence Marlène Mourier announced that she is going to appeal the decision of the administrative court on cancelling the friendship declaration signed with Mayor of Shushi of Artsakh Artsvik Sargsyan in October 2014.

“I appeal the interpretation of the administrative court which called this declaration illegal. I am convinced that this declaration is accordance with the legislative order and announce that I will appeal the ruling”, the Mayor said on Facebook, relying on the words of French President Emmanuel Macron who announced during the dinner of the Coordination Council of Armenian Organization of France that the programs relating to education and humanitarian areas, which are the most important parts of declarations, will not be subject to state persecutions.

Mayor Marlène Mourier stated that beyond the legal aspects, her moral commitment towards the residents of Shushi remains intact. “I have visited Shushi for many times and understood what hope the expressions of humanity and friendship awaken in the heart of a population whom the hostile Azerbaijan is trying to quell”, she wrote.