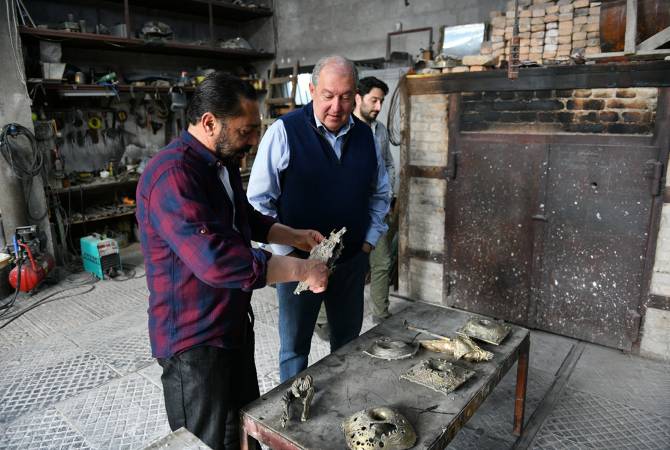 President Sarkissian got acquainted with the sculptor’s works and was interested in sculptures which are not completed yet. The artist introduced the symbolism of his works, stating that they are also based on the idea of a national unity.

The President was also introduced on the works of sculptor’s son, Hrach Vardanyan, which have already been displayed in a number of international exhibitions.

The artists told the President about their programs, as well as exchanged views on the development trends of modern art.