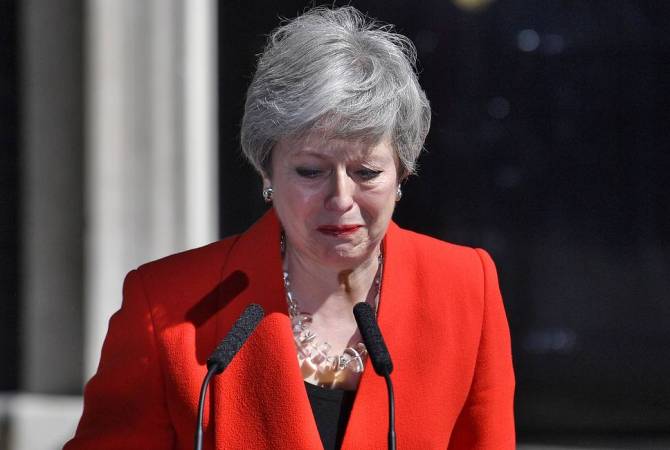 
YEREVAN, MAY 24, ARMENPRESS. UK Prime Minister Theresa May will resign as Conservative leader on 7 June, paving the way for a contest to decide a new prime minister, BBC reported.

In an emotional statement in Downing Street, Mrs May said she had “done my best” to honour the 2016 EU referendum result.

It would remain a matter of “deep regret” that she had been unable to deliver Brexit, she added.

Mrs May said she will continue to serve as prime minister while a Conservative leadership contest takes place.

She will step down as Tory leader on 7 June and a leadership contest is due to begin the following week.

Mrs May’s voice shook as she ended her speech saying: “I will shortly leave the job that it has been the honour of my life to hold”.